7 Good Reasons To Invest in a Tesla Powerwall 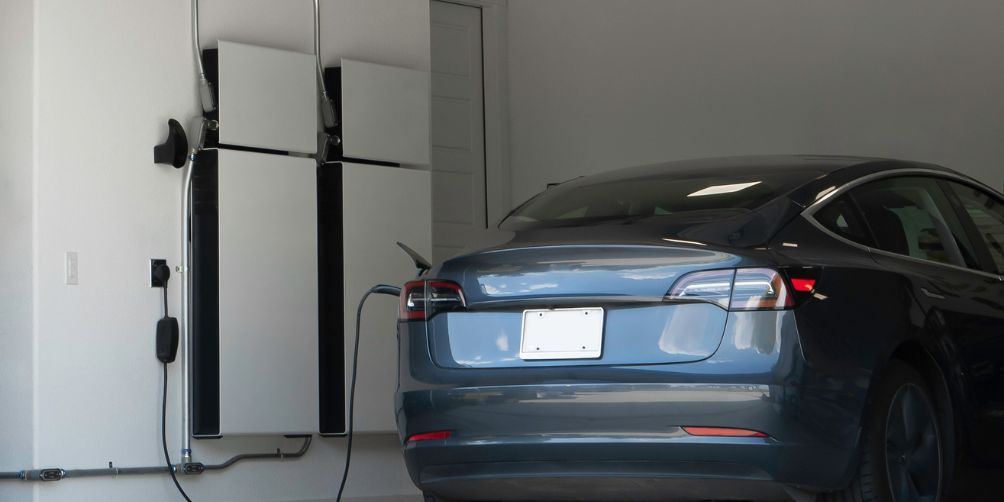 With environmental concerns and energy costs on the rise, many people are turning to electric and solar power. Nowadays, there is a plethora of systems and devices from many different companies that harness solar power and electric power to convenience our lives. Tesla is one such company, and though it is most well-known for its electric vehicles, Tesla offers many other products—including the Tesla Powerwall. Read on to learn six good reasons to invest in a Tesla Powerwall.

What Is a Tesla Powerwall and Why Is It Useful?

In addition to their top-of-the-line electric vehicles, Tesla also makes a battery for your home known as the Tesla Powerwall. It uses a lithium-ion battery charged by solar panels that can power your home in the event of a power outage. This piece of solar technology is so useful because even power grids running on solar energy can experience blackouts.

Solar energy is a fascinating bit of futuristic technology we have access to in the 21st century, but this incredible tech comes with a few common misconceptions. One of the biggest is that solar panels remove worries of power outages during local blackouts. This is an entirely natural assumption—after all, the sun doesn’t stop shining just because your local grid fails.

However, houses with solar panels that are still connected to the grid will not be able to use their panels during the outage. That’s because your connection to the grid goes both ways—when you don’t produce enough energy to power your home, you draw from the local grid. However, when you produce more than you need, you send energy back to the grid—and the grid buys the energy from you.

To keep all the power grid employees safe as they work to restore power, the grid management doesn’t want any power flowing through the lines, meaning they shut off your home’s power like everyone else’s during an outage. If you feel like that takes away a major benefit of installing solar panels in the first place, a lot of people agree with you, which is why the Tesla Powerwall exists.

With a Powerwall, your solar-powered home can stay powered even when your grid fails. You may think that this sounds like a fancy generator, but there are many ways in which a Powerwall outranks a traditional gas generator.

Powerwalls cost little to charge. You can charge their batteries with low-cost power from the local power grid and wait to use the stored power until times when energy is expensive. For example, electricity tends to cost more during the hottest part of a summer day and less at night when things cool down. With a Powerwall, you can charge the battery at night and use the stored energy during the day to save you money while running your air conditioning.

One great reason to invest in a Tesla Powerwall is its simple scalability. Simply put, the more batteries you add to your Powerwall, the more power you can store. If you have a particularly large home or a house that uses a lot of energy, you may want to invest in a few Powerwalls. Of course, you can always invest in a single Powerwall and wait to upgrade quickly and easily at a later date.

A single Powerwall outputs 5 kW of electricity and can back up circuits up to 30 amps, so these numbers will increase to 10 kW and 60 amps with a second Powerwall. This is all thanks to the Powerwall’s AC battery. This is in contrast with DC batteries, which do not have a stackable output. While multiple DC batteries can increase storage capacity, they will not do anything to upgrade system output.

Just like Tesla’s cars, Powerwall uses a thermal management system with liquid heating and cooling. This allows the Powerwall to operate at ideal temperatures. In addition to this being a major benefit for long-term performance, this feature also makes Powerwall a great choice for outdoor installations, even in areas that are quite warm.

Gas-powered generators are only good for around 20 hours of power. And while that’s certainly better than nothing, under one day of electricity won’t get you very far if something serious happens to your local grid. If you install two Powerwalls, as is recommended, you can keep your home powered for seven days—if not even longer. That means that when it comes to power, the Powerwall is seven times better than a gas generator! With a Tesla Powerwall, you have a much better chance of keeping the lights on until the electric company has the grid running again than you would with a gas generator.

When the power goes out, there isn’t someone at your local grid who flips a switch to cut off your power—it just happens. The Powerwall works in the same way, but this time to your benefit. As soon as your power supply shuts off, the Powerwall turns on, and you’re back in business. This is a big step up from a gas generator, a device you need to manually start and fuel.

Going solar is a giant leap toward carbon neutrality, and finishing off your solar panel system with something a Tesla Powerwall is a sign of the ultimate commitment to the future of energy. A Powerwall is an investment, there’s no doubt about that—but this addition allows you to turn your home into a truly self-sustaining unit. With a Powerwall, you commit to clean energy and take your home’s energy plan into your own hands in the process, saving time, money, and resources.

The final reason to invest in a Tesla Powerwall is that it is a low-risk investment that returns a monetary benefit. Powerwalls come with a 10-year warranty, which means your investment will last at least a decade. On top of that, Powerwalls qualify for a federal tax credit if you install them with a solar panel system—either a new one or an existing one.

Remember, these tax credits will not always be available. They have dropped somewhat already, so be sure to get in on the ground floor while you can.

Now that you know these six good reasons to invest in a Tesla Powerwall, start to make the world a greener place and dive headfirst into solar energy. Whether you decide to go for the Powerwall or you want to see how a more standard solar panel system treats you first, you can always count on the team here at NM Solar Group. We are a reliable company for solar installation in Albuquerque, and we can help you invest in solar energy today. Feel free to reach out to us with any questions you have about solar power—we’re here to help!