A Brief Explanation of Solar Energy and How It Works 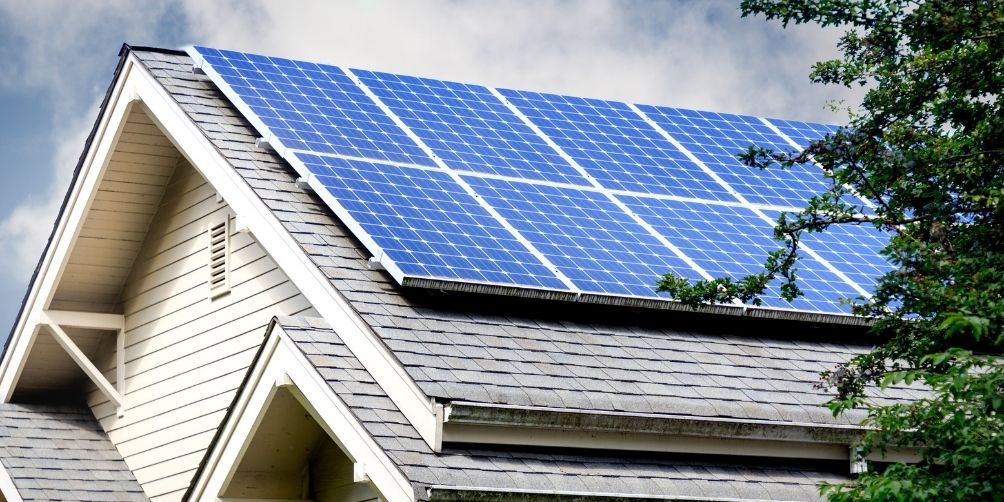 Many people are well aware of how useful solar energy is as an alternative energy source. The science behind how all of this works, though, is another story. While the intricate details of solar panels and their function can get a little complicated, you don’t have to be a scientist to understand the basics of it. We’ll give you a brief explanation of solar energy and how it works, so you have a better idea of what’s going on with those panels on your roof.

Most solar panels for residential buildings are made with photovoltaic cells. These cells are semi-conductive, allowing them to conduct electricity while also maintain an electric field. Sunlight, in the form of light photons, hits the semiconductor inside of the photovoltaic cell and gets absorbed, which knocks some electrons loose. These electrons get pushed through the electric field that the cell generates and into the conductive plates around the outside of the cell. The flow of these electrons is called an energy current, which gets directed into wires that connect to the solar panel.

The energy current that a solar panel generates is known as a direct current (DC). However, most buildings that use electricity require a current called an alternating current (AC). To facilitate this, the DC from the solar panel finds its way into an inverter. Without going too much into nitty-gritty details, the inverter’s job is to switch the DC into AC so it can then power the building the solar panels connect to.

Hopefully, this brief explanation of solar energy and how it works has made you realize how incredible this technology is and how useful it can be. If you want to find a solar company in Las Cruces, NM, Solar Group is ready to get some panels on your roof as soon as you want.