How To Make Money With Solar Panels in Texas 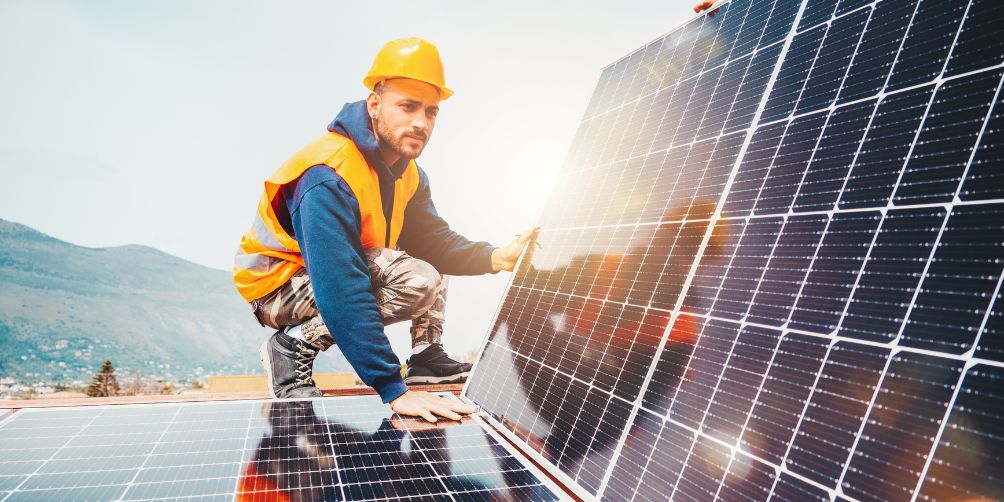 Solar panels are all the rage across America. You hear words like “sustainable” and “investment” and wonder whether it’s all just a big sham companies have designed to grab your money and run. After all, no deal can possibly be as good as solar panel installers say. Well, you’re right—solar panels are actually a better deal than installers let on. Read on to learn how to make money with solar panels in Texas. (Here’s a hint: it’s impossible not to.)

You came here to read about making money, but considering every aspect of solar panels links back to their value, it’s important to first understand these reasons for installing solar panels.

The first benefit of solar panels is an increase in property value. Wouldn’t you want to move to a house that boasts a fraction of the electric bills every other home in the neighborhood is paying? Solar panels are a hot commodity, and buyers will gladly pay a little more to move into a house with a built-in cost-saving solution.

Solar panels sound great until you see the price. We know it can look like a scary number, but it’s important to remember the average American household pays off their solar panels in under a decade, and Texas is a fantastic state for solar. With plenty of sunny days and relatively few clouds, your panels will produce power much faster than in northern states.

On the other hand, we understand that a decade is a long time to wait just to break even. Therefore, solar panel manufacturers make sure the panels are built to last even longer. You won’t need to worry about replacements anywhere near the decade mark—most panels are warrantied for 25 years!

Federal, state, and local governments want to get solar panels installed in as many places as possible, and they’re willing to make it a good deal for you. There are many solar incentives and tax credits that defray the cost of installation considerably. Just be sure to verify whether you qualify for any of those incentives before proceeding with the installation.

Solar panels also provide value to the world at large. It’s no secret that power grids don’t use renewable energy. As time goes on, power grids will cost more and more to operate, and solar panels will become the only viable alternative. Solar power allows you to help the planet and your wallet at the same time.

When was the last time you got an electric bill and said to yourself, “Wow, that’s a lot lower than I expected!” We’re guessing it’s been quite a long time. During the summer months in Texas, electric companies like to raise rates so their customers are charged more for turning on their air conditioners.

How would you feel about opening your electric bill to find you were only charged a fraction of the usual number? Suddenly, a massive power bill is reduced to a small percentage of the expected amount, and you can take the family out to dinner! That’s what solar power offers you every single month.

We design solar panel systems to fit the unique needs of every household. Some homes use more energy than others, in which case we’d suggest adding a few extra panels to the array. The goal is to create a solar panel system that provides the energy you need, on average.

Of course, there is the possibility that a few months out of the year will require more power than normal, like those previously mentioned hot summer months. When that time comes around, you can expect to pay a little bit to the grid for the excess energy you have to use. This means that in the most energy-intensive months of the year, you can expect to pay a few extra dollars.

Now, what about the months on the other end of the spectrum? Those perfect fall and spring months where you don’t need air conditioning or heat, but the sun is still shining on your solar panels? Keep reading to learn about net metering.

In a month where you don’t use all the energy your panels produce, you can use net metering to sell that excess energy to your local grid. Then, when you need electricity at night and your panels aren’t providing, you can dip into the energy you sold to the grid and use power without paying. Think of this form of power usage as being deducted from your energy tab.

The great state of Texas doesn’t have statewide net metering policies, but that doesn’t mean you’re out of luck. Utilities throughout Texas offer net metering, like El Paso Electric and Green Mountain Energy. Contact your local energy company to ask about their policies. Also, reach out to El Paso Electric to learn more about net metering and solar panel installation in El Paso.

If you’re planning to install a lot of solar panels, a Solar Renewable Energy Certificate allows you to sell megawatts at a time to earn a little extra cash. This option is not open to the average homeowner, but it is a great solution for commercial solar owners who make more energy than they need.

The Truth About Making Money With Solar Panels

We understand that solar panels may sound a little too good to be true, but we’re going to level with you: they’re even better. As we mentioned earlier, the average American household pays off their solar panels in under a decade. Because solar panels are warrantied for around 25 years, that means you’ll enjoy 15 years of profit.

If you’re still wondering how to make money with solar panels in Texas, the answer is simple: just install them. Every cent after your initial investment is paid off is money in your pocket that you would not have if you still utilized energy from the grid.

Renewable energy might not seem attainable, but it actually is! Not only that, it’s better for people and the planet. The folks here at NM Solar Group are happy to answer any questions you may have about solar power—contact us today, and we can put your mind at ease.