You are here:
Solar News 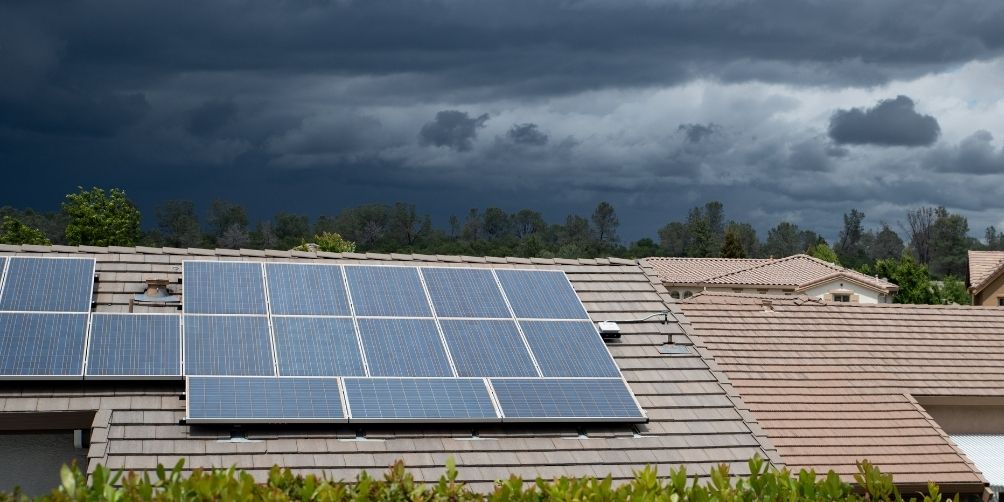 Any outdoor fixture is subject to severe weather, so your solar panels’ mileage may vary based on your location—some people have to deal with pounds of snow resting on their panels, while others experience intense wind and heavy rain. Let’s examine how reliable solar power is by looking at solar panel durability during bad storms. We’ll tell you how you can expect your panels to fare in rough weather.

Hailstorms are some of the environmental concerns that solar panel manufacturers specifically test their products to resist. Most of the time, solar panels are rated to withstand one-inch-wide hail falling at 50 miles per hour. In 2017, the National Renewable Energy Laboratory’s campus was hit by a hailstorm; thanks to the work that the solar panel manufacturers put into durability, only one panel was broken. This wasn’t a weak hailstorm, either—the same storm broke car windows and left dents in vehicles around Denver. Several large hailstones seemed to have hit the broken solar panel simultaneously, which caused microcracking on the surface glass—that panel just got unlucky.

You’re probably picturing solar panels ripped off roofs or sustaining water damage during a hurricane. Luckily, the manufacturers thought of those problems, too. Most solar panels can go up against 140-mile-per-hour winds and live to tell the tale. The casings around the panels are designed with waterproofing in mind, even in intense rain.

When Hurricane Sandy hit New Jersey, analysis revealed that solar panels in the area sustained little to no damage. Two hundred surveyed customers reported no issues other than a few damaged wires and two loose panels.

Solar panels are some of the most reliable energy sources that homeowners can install. Power grids fail frequently, but solar panels are built to withstand even the toughest environmental conditions. If you want to learn more, contact one of the reputable solar panel companies in Albuquerque to get a quote today.

Now that you know about the durability of solar panels in bad storms, you can rest easy knowing it’ll take more than intense rain and hail to damage your system.